Now it’s time to combine the X Carriage, Y-Plates and X-Axis to form the Gantry. You’ll need these parts:

Thread forming/self tapping screws are no longer being used, and have been replaced with button head cap screws. Images still show the thread forming screws and will be updated soon.

1. Attach the Makerslide to the Right Y Motor Plate 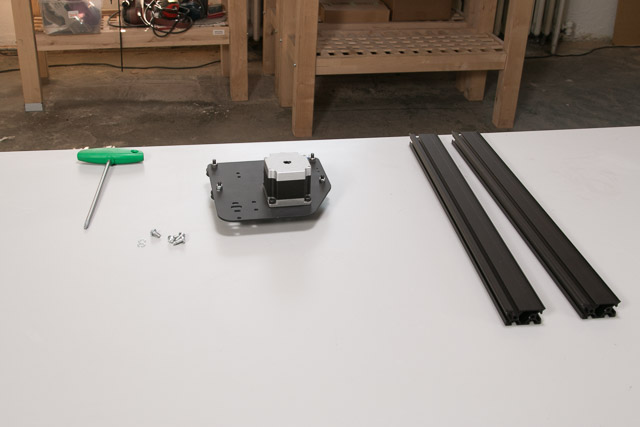 You’ll be using two pieces of Makerslide to create an X-Axis. Make sure to grab the MakerSlide with the X-Carve logo. The logo will be oriented on the right side of the machine facing front. You’ll start by attaching the right Y-Plate to one piece of Makerslide. Orient the Makerslide and Y-Plate like this: 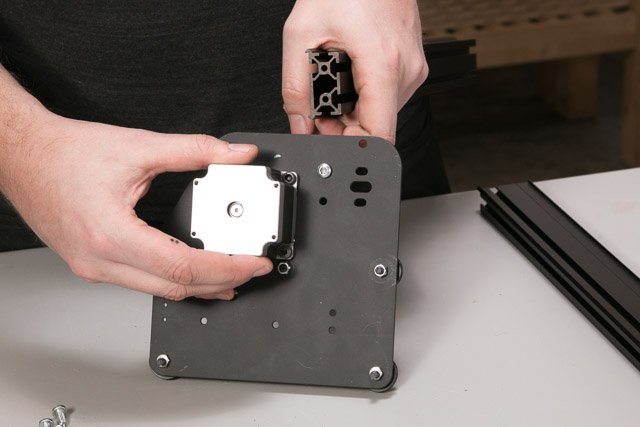 Note: The "rails" of the Makerslide are what the V-Wheels ride on. Make sure they are pointed towards the front of the plate.

Use the button head cap screws to attach the Makerslide with the plate: 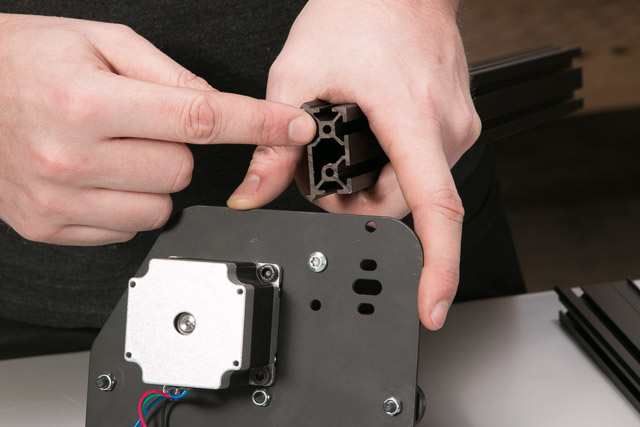 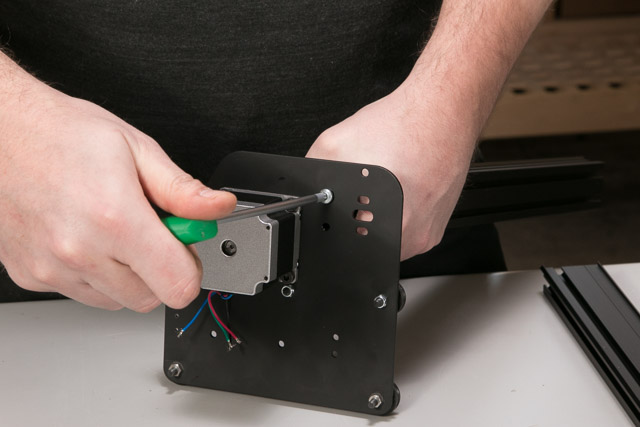 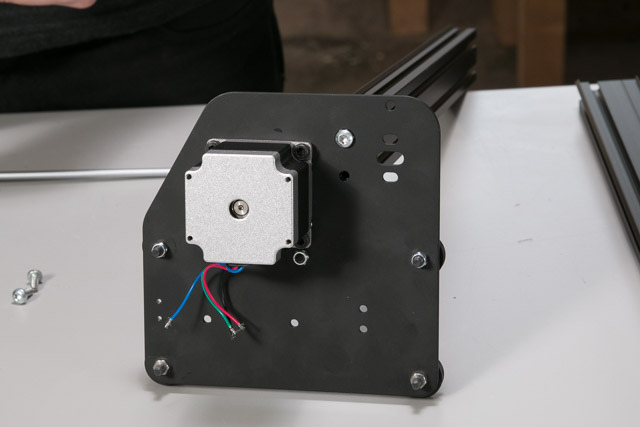 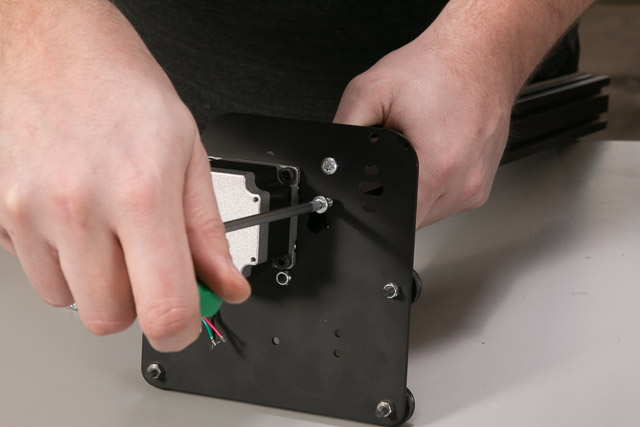 2. Attach the Second Piece of Makerslide

Next you’ll attach another piece of Makerslide to the right Y-Plate with two more button head cap screws and two washers. Notice that these screws will be going through slots, not holes. All screws that are driven through slots on the X-Carve will use washers to distribute the load on the joint. Drive these screws until they are flush with the plate and then back them off a full turn to allow for adjustment in future steps. 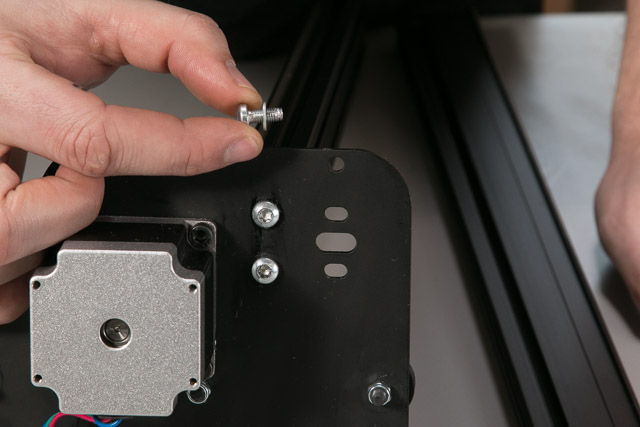 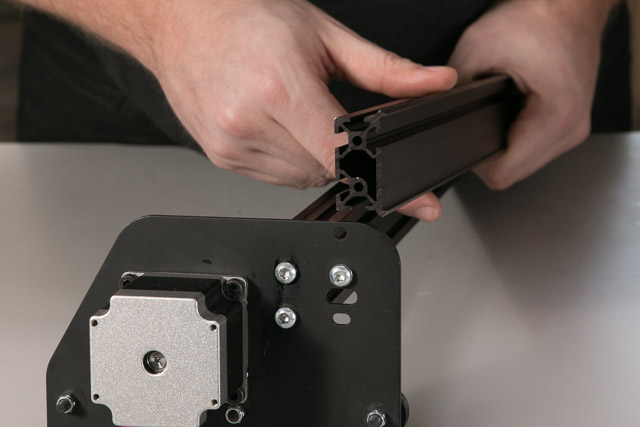 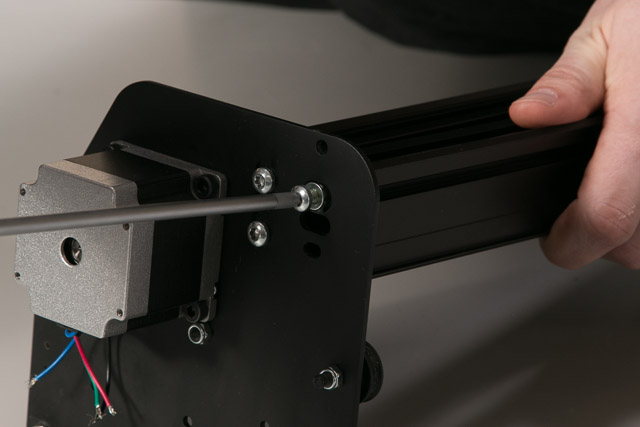 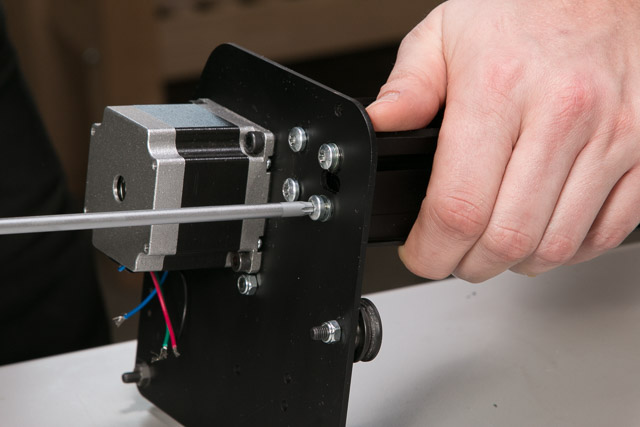 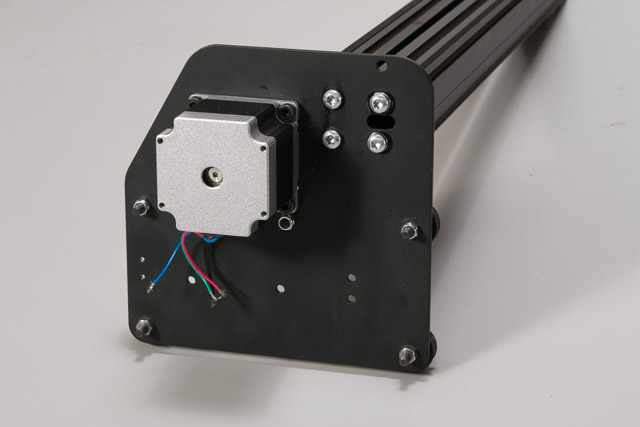 Note: Check that the last two screws you inserted are loose enough to allow the back piece of X-Axis Makerslide to slide freely in the slot. This will make the next step much easier.

3. Slide on the X Carriage

Now you’ll slide the X Carriage onto the x-axis. Be gentle with this step as it’s easy to mar the V-Wheels on the sharp edges of the Makerslide if you’re not careful. If you’re finding that the Makerslide doesn’t quite fit in between the V-Wheels check that the eccentric nuts on the X Carriage are in the “open” position. If they are the screws that hold them in place will be as far from the top V-Wheels as possible. 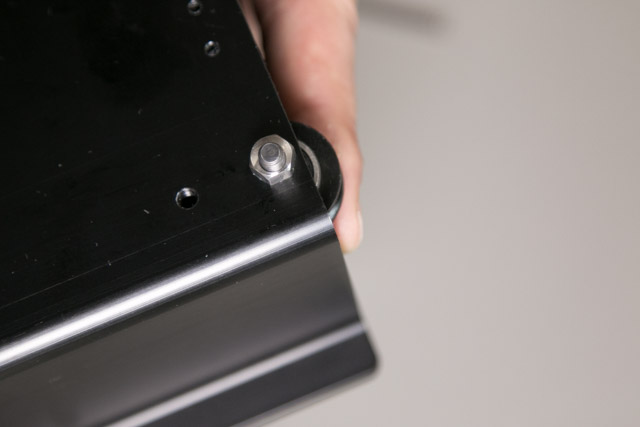 Line up the rails of the X-Axis Makerslide with the V-Wheels of the X Carriage like this: 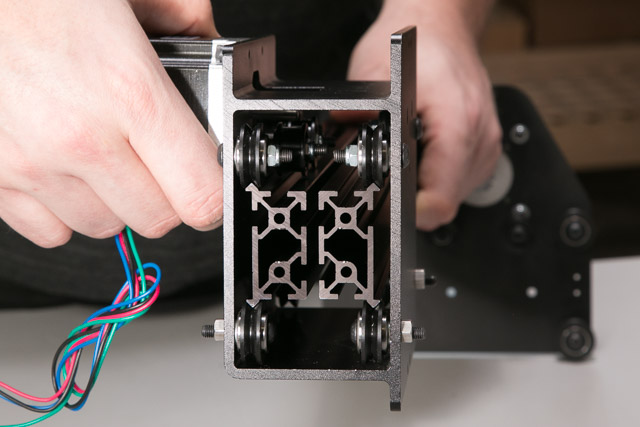 Slide the X Carriage midway along the X-Axis and set the assembly down.

Before you attach the left Y-Plate to the X-axis, slide two insertion nuts into the rear X-axis Makerslide (the one that is closest to the X-Motor). You’ll use these to attach belt clips later. 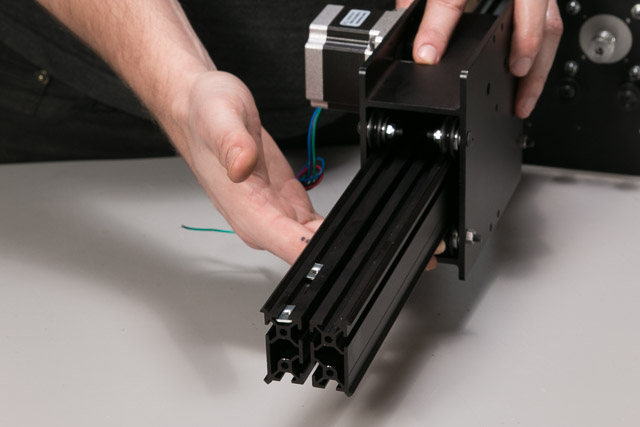 Now repeat the process you used to attach the right Y-Plate to the X-axis. You should have an assembly that looks like this when you’re done: 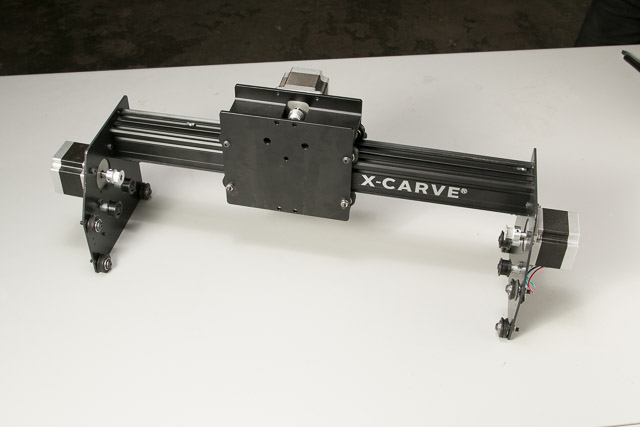